Romanesque architecture refers to the use of semi-circular arches in the construction of buildings and structures done by the first pan-European architect in the European countries.

There is no exact date for when this style was used. Proposals from historians suggest that Romanesque Architecture started in the 6th to the 10th century.

Much of its development occurred in the 12th century and was then called the Gothic style. 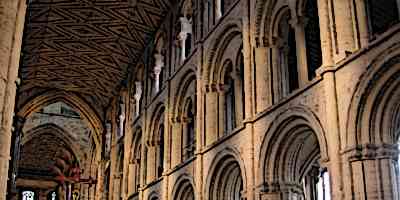 The features of Byzantine buildings and ancient Roman combined to produce an advanced and unique design at the time. Romanesque architecture is well known for its massive quality, grand vaults, round arches, thick walls, decorative arcading, and large towers.

Many castles, palaces, church buildings, quarters of monasteries, and secular houses built during this Romanesque period used this architectural style.

The largest groups of Romanesque Architecture that survive today are found in the rural areas of Southern France, Italy, and northern Spain. 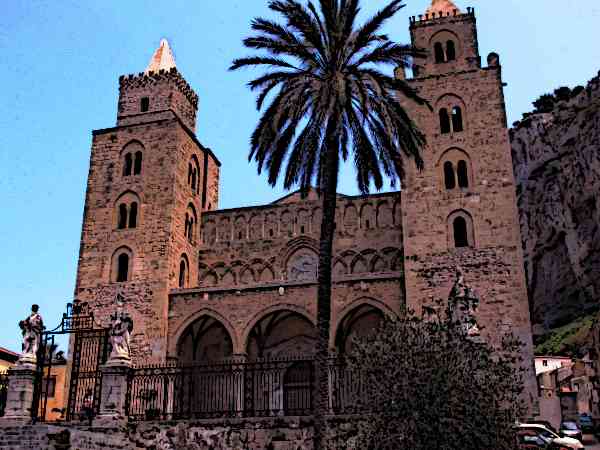 The Cefalu Cathedral in Sicily which dates back to 1091 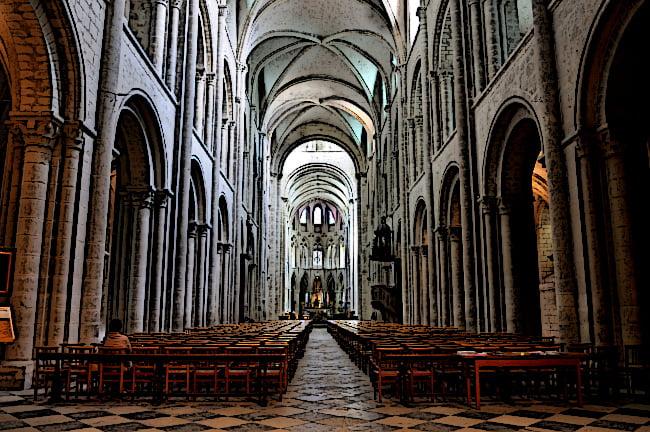 Romanesque Architecture features mostly Byzantine and ancient Roman building designs. In addition, other constructions arts like the Visigothic and Mozarabic are very evident in most of the designs of the time.

Each has a definite form with a regular and symmetrical plan. The exclusive appearance is one of simplicity when compared to the other styles that came after that period including the Gothic style.

The Romanesque Architecture style is easily identified since it is characterized by its massive quality due to the materials used, the thick walls that surrounded the monasteries and palaces, large towers used by the guards so that they could see an oncoming enemy.

Moreover, beautifully decorated arcading is easily identifiable. Despite the different materials and regional characteristics, the style can be identified across the European countries with this outstanding Romanesque Architecture design. 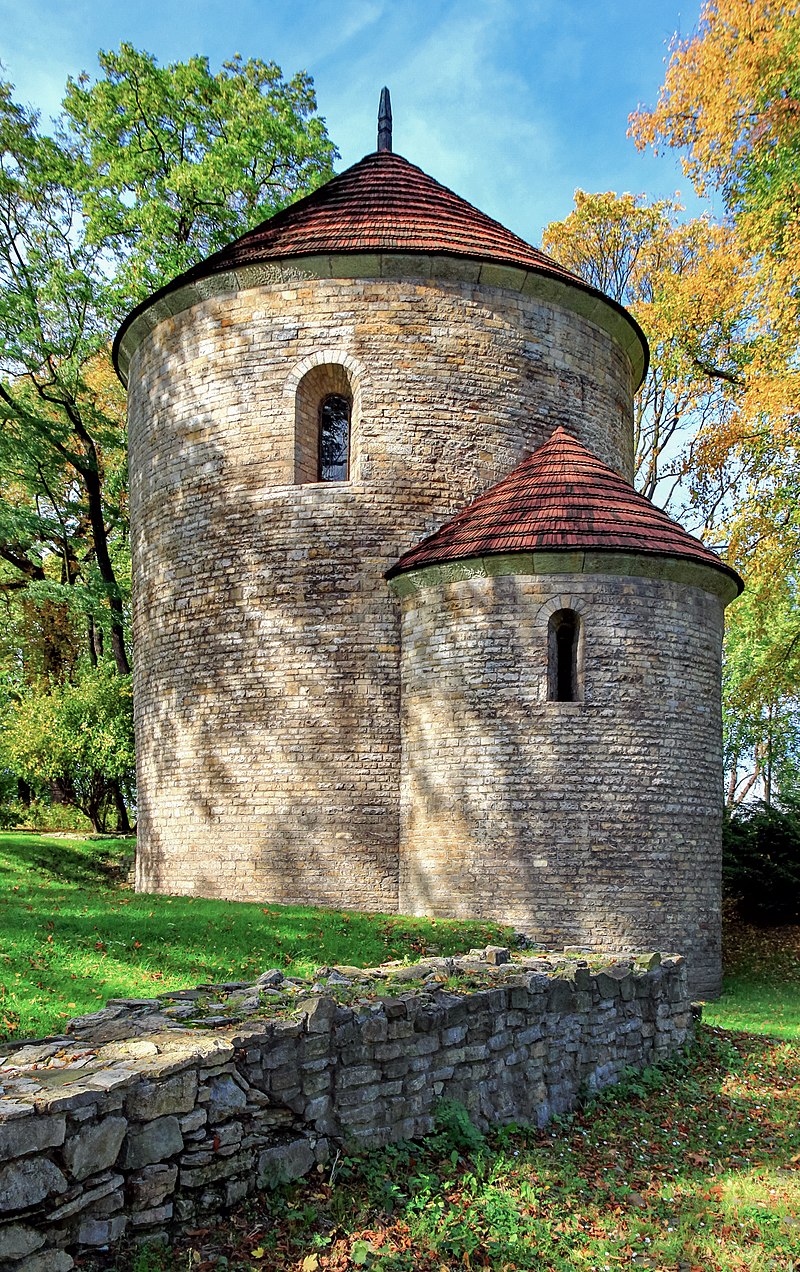 The arch structure that had earlier been used in the 2nd Mesopotamian brick architecture was popular during this period.

A close look at the arch brick shows that it is made from high-quality material and can support a structure and weight above it. The ancient Romans applied the technique to a range of structures.

Arches occur in various forms. The types are mostly described by the shape they take. They include a circular arch which refers to the rounded arches taken by the builders of heavy masonry.

The circular design was popular since the arch had the ability to span into a large area. Several circular arches are made in-line, end to end forming an arcade such as the Roman aqueduct near Nimes.

The other two commonly used styles were the pointed arches and the vaults. The pointed arches had the advantage of producing less thrust and thus ensuring stability at the base of the base.

It was normal for the taller structures with the closely spaced opening. A good example is the cathedral church of St.Michael in Brussels, Belgium. 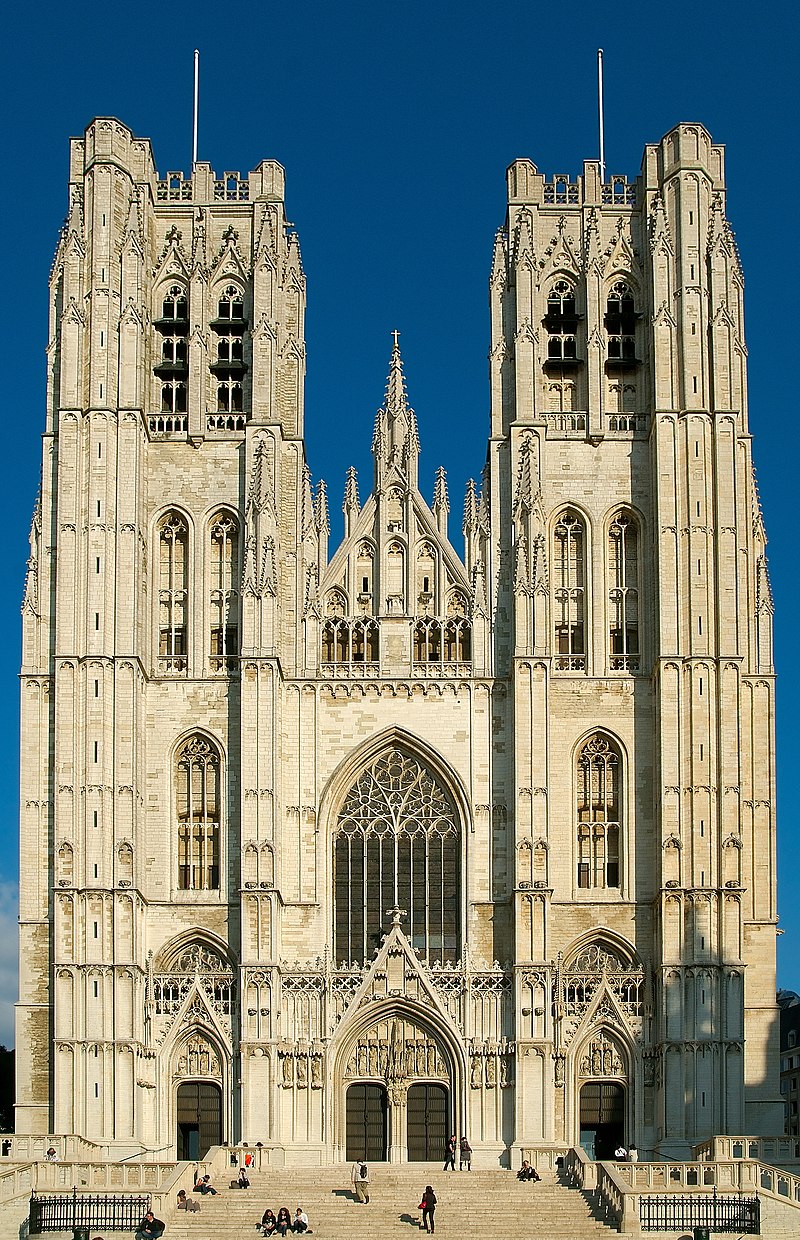 Lastly, the vaults that were popular for their use in the internal top part that forms the ceiling. They were assembled side by side to ensure a good force and stability of the ceiling. An example is the vaulted ceiling of Notre Dame de Paris, France.

Europe has many buildings in the Romanesque Architectural style. Most of the structures and buildings found today are preserved as artifacts for study by historians and are popular tourist attraction sites that generate revenue for the respective government and authorities.

The early architects of the time learned architecture in school and apprenticeship. The work of the architect is not to be undermined as they not only designed the structures but were also patrons of the building and their structures.

One of the most famous was Abbot Suger a French architect. In 1137, he rebuilt the great church of Saint-Denis, the burial place of the French monarchs.

Among others of his exclusive include reconstructing the original Carolingian façade that had a single door, pointed arch, and ribbed vaults of the chapels of his time.

an architect from Picardy in northern French also was very important in his time. He had a portfolio of 33 sheets containing 250 drawings dating 1220 to 1240s.

Some of his works include one of the west façade towers of Laon Cathedral, the interior and exterior, vessel bay, and the radiating chapels of the Rheims Cathedral.

(1175-1231), a French architect was responsible for the design of the Cathedral of Notre Dame de Reims. The initial designs were part of his work.

He designed the interior and exterior of the church. The kings of his time also gave him the responsibility of overseeing the actual constructions.

During the 19th century, Romanesque architecture was very fashionable. Many buildings were built in this exquisite style.

The architects tried to revive the style by using it on buildings dating as early as the 1830s and continuing into the 20th century. The Romanesque style is still popular and remains respected in modern times.