Wales was one of the regions which held out the longest against the Normans following their invasion of England in 1066.

Although the Normans initially marked a frontier between Wales and England, they eventually attempted expansion into Wales and had to face stiff resistance.

This led to the establishment of an overwhelming number of castles in Wales in the 13th and 14th centuries.

The castles were meant to cement Norman control over Wales, although the Welsh dissent and rebellions continued well until the 15th century.

Located at the border between the early Norman territorial gains in England and Wales, the castle was constructed in 1093 with an eye to fortify the Norman position in the region.

Built as a highly durable structure, the castle remained in use by the English monarchs for many subsequent centuries, with Henry VII being famously born here.

Most of the original structure of the castle is extant today and it is open to visitors and tourists. 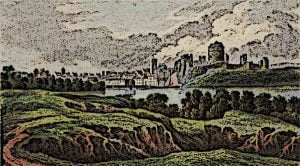 It was built in a period when the Normans strongly asserted their control over Wales through extensive military campaigns and castle-building on a large scale.

Location at the northern coast of Wales, the castle served as a key Norman military fortification at the time.

With two fortified gates, a huge boundary wall and eight towers, the castle was a highly formidable and secure military fortification.

Most of the castle’s original structure is extant today and is well-preserved. 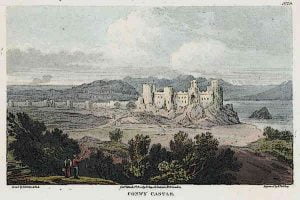 This castle is a hallmark of the concentric style of castle construction which Edward popularized.

Construction of the castle began in 1283 and its structure comprised of an inner wall with numerous towers, surrounded in turn by an exterior boundary wall.

Most of this structure stands well-preserved to this day. The first person to carry the title of ‘Prince of Wales’ was born in this castle.

The castle is open to visitors today. 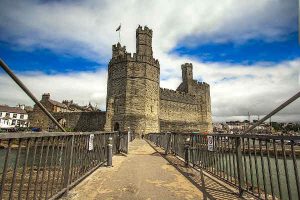 This castle was built by the Normans in 1298 by making using of the surrounding landscape to shape excellent defenses.

The castle itself comprises of an interior ward with a number of defensive towers and an exterior boundary wall with a guardhouse of its own.

The overall structure of the castle is further surrounded by a moat and a number of small islands, which made it possible for castle owners to easily defend themselves outside castle gates.

The castle underwent significant restoration in the centuries following its construction and is open to visitors today. 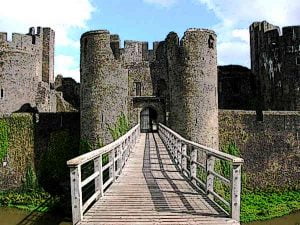 Located in the Welsh county of Gwent, this castle was constructed in 1435 and was a fine combination of luxury and fortification.

The structure of the castle comprised of large courtyards and comfortable living quarters coupled with strong defensive features on the exterior.

The castle remained the residence of the local lords for many centuries and is open to visitors today. 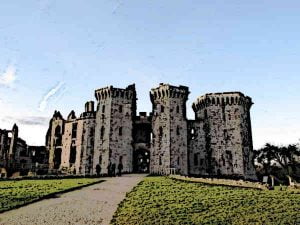