Donnington Castle is a castle built in the medieval period. It was constructed in the 14th century and later came into royal possession during the Tudor period. The castle had to face a long siege during the English Civil War. 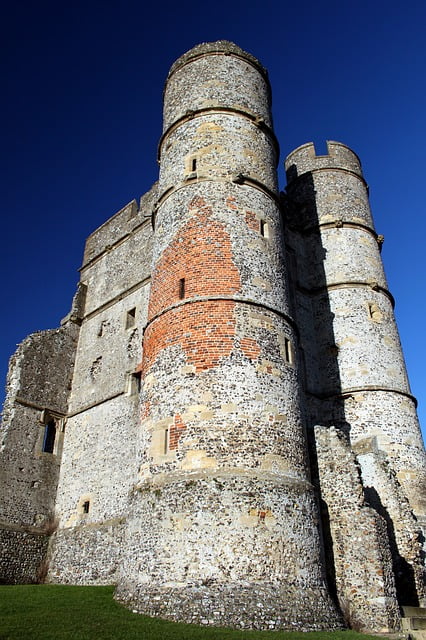 Siding with the royalist side, the castle was successful in withstanding a siege for more than a year until it was surrendered. The original structure had a beautiful gatehouse flanked by two towers and a sizable curtain wall surrounding the whole castle. 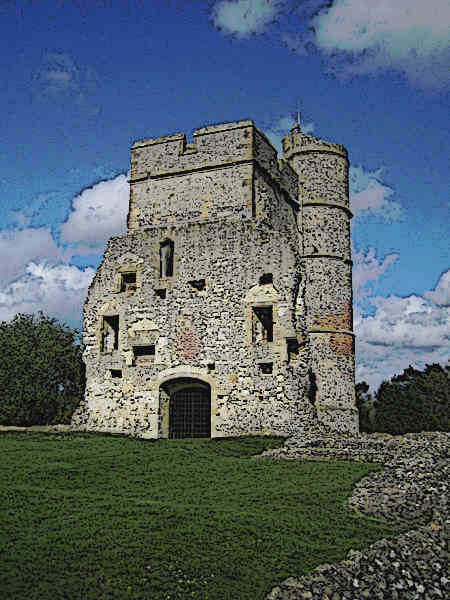 After the Civil War siege, most of the castle was demolished and today, only the gatehouse structure remains.

The site of the castle originally had a manor house. At this place, the castle was built in 1386 and commissioned by Sir Richard Abberbury. It was later owned by the son of Geoffrey Chaucer until the Tudors assumed control of it. 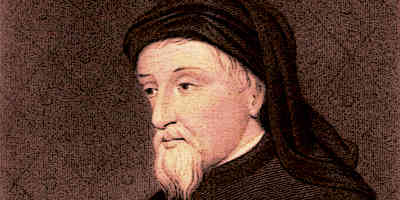 The Tudor monarchs handed over the castle to the Duke of Suffolk in 1514. It was during this period that the castle underwent a significant decline. It was back in royal possession by 1535 until it was given to the Earl of Nottingham in 1600. 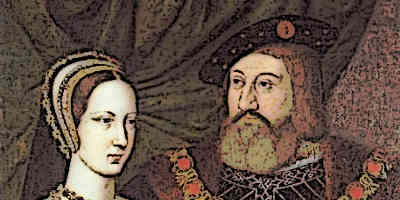 During the English Civil War, the Castellans sided with the King and the Roundheads laid siege to it in 1644. The siege lasted for a full 18 months after which, Sir John Boys who overlooked the castle gave it up voluntarily.

Most of the castle was later demolished after the approval of the parliament.

The Donnington castle is located in the English county of Berkshire, in the village of Donnington. This small village lies to the north of Newbury town. Historically, the location of the castle fell within the domain of first the Duke of Suffolk and later, the Earl of Nottingham.

The castle was constructed in 1386 and the original structure was nearly completed, together with the extant gatehouse and its towers, in 1398. It passed to Thomas Chaucer in 1398. In 1514, the Tudor treated it as a royal possession and handed it to the Duke of Suffolk. 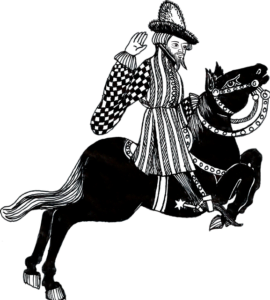 The castle was returned to the crown in 1535. In 1539, Henry VII visited the castle, and Queen Elizabeth I visited it in 1568. The castle was given to Charles Howard in 1600. In 1643, new fortifications were quickly added to the castle. In 1644, Roundheads laid siege to it and in 1646 the castle came into Parliaments control. 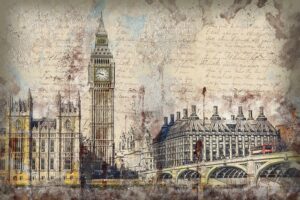 Most of the structure was demolished in 1646.

What Type of Castle is it?

The original Donnington castle was constructed as both a residential place and a fortress meant for military purposes. The early uses of the castle were primarily residential and it remained so until the English Civil War in the 17th century. 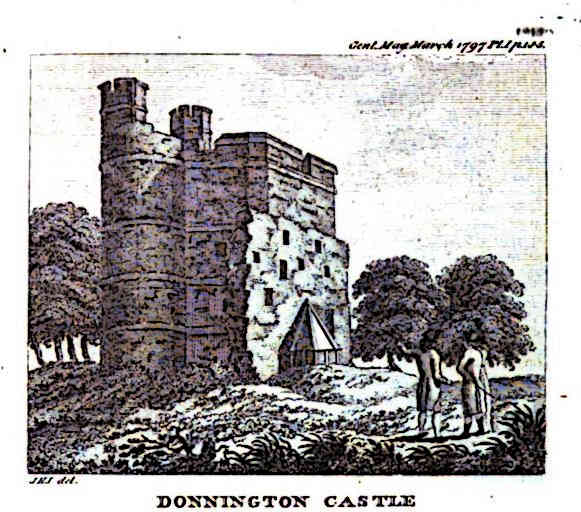 During the Civil War, the castles military and strategic importance gained the upper hand.

Consequently, fortifications were added and the castles structure was significantly expanded.

One of the most interesting historical aspects of the Donnington Castle is that it was briefly owned by Thomas Chaucer. He was the son of Geoffrey Chaucer, the most famous English poet of the Middle Ages. 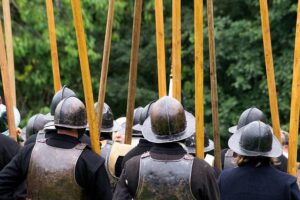 Another interesting thing about the castle is that while many castles fell to the hands of the Roundheads in brief sieges, Donnington castle lasted an exceptionally long time without capture.

Significant additions were made to the original structure during the Civil War when a star-shaped boundary structure was added all around it. The structure was used to place guns to counter the Roundheads during the siege of the castle.

The original courtyard of the castle, as enclosed inside the curtain walls, measured 108 feet east to west and 67 north to south with corresponding sides in a rectangular shape.

The original gatehouse, which has survived to this day, is three stories high and has dimensions of 17.5 feet by 11.75 feet. Of the structure added during the 17th century, the extra enclosure wall rose to a height of 1.7 meters.

The castle had excellent defenses given its structure from the earliest date of construction. The original construction included four towers with curtain walls and two more towers to the gatehouse. This made penetrating the castle by an external enemy very difficult.

Later when gunpowder weaponry became common, the castle still stood as a fierce enemy. Despite an 18-month siege by Roundheads, the castle was saved from any notable damage because of the high enclosure walls constructed all around it, over which the castellans placed their guns.

This was one of the very few castles which did not fall to the Roundheads and was rather surrendered despite the lack of any damage to the castle structure.

Donnington Castle is Famous For?

The castle is famous for the fact that it withstood the attack and siege of the Roundheads in the 17th century for a period of 18 months. This makes it one of the most successful castle defenses of all time. Ultimately, the Roundhead Parliament voted to have the castle demolished so that it could no longer be used in any subsequent defense.

Donnington Castle is located in Berkshire. It was originally constructed in the 14th century and after being briefly owned by Geoffrey Chaucers son, it passed into the possession of the Tudor monarchs.

The castle is historically notable for being a very formidable structure throughout the middle ages and later. During the English Civil War, additional fortifications were added to the castle, including a unique star-shaped wall outside it.

This made it possible for the castle to thwart the gunpowder weaponry of the attackers, something which few others castles accomplished during the war. Today, only the gatehouse of the original structure exists while the rest was demolished at parliaments orders in 1646.