There were many Crusades during the middle ages, these crusades were insigated by the Latin Church of the time, to reclaim the 'Holy Lands' from Muslim occupation.

The Crusades wars spanned hundreds of years from 1096 - 1291, some were more succesful than other crusades and it is widely recognised that the first four Crusades were the main ones.

The First Crusade (1096 - 1102) for example was a great success with the Christian European armies taking control of Jerusalem in 1099, this crusade had been initiated by the current Pope Urban II.

However not all the Crusades were a success and there were many interesting events that took place in these Crusades.

The medieval Children's crusade was a very strange undertaking in which children from across Europe were encouraged to join a Children's crusade to the Holy Lands, this ended in tragedy. Read more about the Children’s Crusade 1212 – The Weird, Confusing Crusade! >>

The crusader knights such as the Knights Templar, Hospitaller and Teutonic Knights were a religious order of fighting knights created to fight for the Christian faith in the Crusades. Read more about the Crusader Knights – 4 Magnificent Holy Warriors >>

King Louis of France led the Eighth Crusades which Ended in 1291 with the defeat of the Mongol armies at the hands of the Mameluke's who fought for the Muslim Turks. Read more about the Eighth Crusade 1270 | Powerful Mamluk Massacre >>

The Knights Templar were a religious order of knights that were fearsome warriors. The legend of the knights Templar describes them as fighting to the death and that they were not scared of being killed in battle. Read more about the Knights Templar Captivating History 1118 >>

Legendary Saladin and the Crusades

Following his victory in the Battle of Hattin, Saladin laid siege to Jerusalem. In 1187, the city capitulated and Saladin offered generous terms of peace to the Frankish citizens Read more about the Legendary Saladin and the Crusades >>

The Peoples crusade ended in the death and slavery of most of the 100,000 commoners and other people who took on the fearsome Turkish Muslim army in Jerusalem during the times of the medieval Crusades. Read more about the Peoples Crusade 1096 – Shocking and Tragic! >>

King Richard I (Richard the lion-heart) was brave as a lion on the battlefield. Richard lionheart is most famous for his crusade battles with Saladin Read more about the Richard the Lionheart 1157 – 1199 – Brave as a Lion! >>

According to Biblical sources it was the legendary king Solomon who had the magnificent temple that bears his name "The Temple of Solomon" built in Jerusalem Read more about the Solomon and the Temple Amazing Secrets 832 B.C.! >>

Read more about the The Crusades 1096 – Amazing, Complete Facts & Guide >>

The first crusades were led by Bishop Adhemar in 1096, he led a Christian army of around 30,000 troops against a massive army of 360,000 Muslims in a battle for the Holy Lands.   Read more about the The First Crusade – Amazing 1st Crusade >>

The Second Crusade – History of the Extraordinary 2nd Crusade

The Third Crusades were a massive undertaking involving up to a million Christian warriors who were preparing to fight the Muslims armies on three fronts. The Third Crusades brought together Richard the Lionheart and Saladin. Read more about the Third Crusade | 1189 – 1192 | Fascinating Crusade History >>

Top 10 Famous Events of The Crusades

The crusades were actioned to defend Catholic Christendom and to regain Christian lands that had previously been lost.

Crusaders were also also active in their battles against heretics and Pagans in different parts of medieval Europe.

The First Crusade (1095 – 99) was in a direct response to an appeal from the Byzantine emperor Alexios I Komnenos who had been defeated by Muslim Turkish armies at Manzikert .

This defeat made Christian pilgrim routes to Holy places throughout the Middle East dangerous and this situation could not be allowed to stand from a Christian perspective.

And so it began, Many military expeditions to the Holylands followed which became known as ‘The Crusades’.

The Crusades and Pope Urban II

“Dues vult!" translated as God wills it, or it is Gods will.

On November 27 in the year 1095 Christians from all over Europe heard the Pope’s cry and were united in their mission to return the Holy lands to Christian rule.

The crusades were ordered by the Pope Urban II and took place in the high and late medieval period, the goal was to return the Holy Lands to Christian rule using military force by driving out the Muslims who currently controlled it.

The Crusades and the Holy Lands – Location

The Holy Lands are the names given to describe the religious lands claimed by Christians, Jews and Muslims.

The Holy Lands position is between the Jordan River and Mediterranean Sea, The Holy Land is divided between Palestinian and Jewish lands and incorporates parts of the river Jordan.

Today the Holy Lands are part of Land of Israel and Palestine and currently the area is considered part of Israel, Jordan, Lebanon, Palestine and Syria. 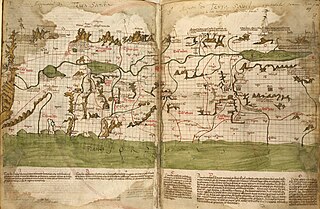 There were many Crusades to the Holy lands during the middle ages, the first Crusade started in 1095, the intention of this crusade was to drive out the Muslims from the Holy Land.

Pope Urban II instructed medieval knights across Europe such as the Knights Templar to re-capture the Holy Lands for the Christians.

Nobles from France, Germany and Italy brought together their armies of knights and set off on a journey that would take three years.

The Pope had called on Christians from all over Europe to fight to take the Holy Lands back from the Muslims, the church was highly respected in medieval times and people were eager to answer the Popes call.

Many ordinary people even women and children joined medieval knights in this quest.

The journey to the Holy Lands was long, hard and treacherous, as the crusaders had to travel through many different lands, the knights Templar offered protection to many people making the journey – but people who joined the Crusades still died before even reaching the Holy Lands.

People would also die of starvation, disease and were victim to the harsh weather conditions on the long journey to the Holy lands which could take years.

In the first crusade, up to 30,000 crusaders led by four noblemen made the three-year journey to the Holy Lands, they initially battled through Anatolia heading southwards towards Palestinian lands. By June 1098, the Christian crusaders attacked the Syrian city of Antioch.

Antioch eventually fell to the Christians when a traitor opened the gates to the city and let them in, the Following year the Christian crusaders surrounded the Holy city of Jerusalem, scaling the cities walls and finally in the summer of 1099 the city surrendered to the invading Christian army.

This victory by the crusaders was to be short lived as many of them had returned home leaving Outremer vulnerable to Muslim attacks.

The Seljuk Empire was already breaking up, the Muslims armies had decided to join forces to fight the common enemy the Christian crusaders and in 1144 the Muslim armies managed to capture Edessa, which was at the time the capital of the most northern part of the crusaders kingdom.

The Christians responded to the Muslims capture of Edessa by mounting a second crusade.

The second crusade was a disaster, both armies sent were badly beaten and the second army sent and led by the king of France did not even make it to Edessa – they were defeated at the city of Damascus with the Muslim army sending them back retreating to France.

Saladin was the legendary Muslim leader who was a very courageous and clever warrior – he led the Muslim troops to victory repeatedly, finally capturing the prized city of Jerusalem.

Pope Gregory had made it a priority to recapture Jerusalem and had ordered yet another crusade against the Muslim occupiers.

Pope Gregory has masterfully managed to persuade the newly crowned King Richard (Richard the Lionheart) to join the third Crusade – King Richard had a brilliant military brain and was held in the same esteem as the Muslim leader Saladin.

Richard the Lionheart set off immediately to confront Saladin in the Holy Lands, Both were military masters, both were well respected men considered to be military geniuses, in fact they had so much mutual respect for each other that it almost led to the negotiation of a truce before the battle even began.

Richard the Lionheart was having some great victories during the third Crusade battles against Saladin – however, his progress was suddenly halted when news from England came that his brother John had started rebelling against him in England, this meant that Richard had to leave the Crusades and return to England to take care of business at home.

The Christian armies led by King Richard in their conquest to recover the Holy Lands made great advances during the third Crusade as Saladin’s armies lost many strategic locations such as Acre Jaffa.

Saladin and the Muslim armies had managed to retain the most important prize of all however, the spiritual city of Jerusalem that the Christian armies had wanted and this led to the last and final fourth crusade being launched.

The focus of the fourth Crusade was as before to recapture the Holy city of Jerusalem from the Muslim armies.

Many strategic gains in the previous Crusades strengthened the Christians resolve and this was a final push to recapture the spiritual city of Jerusalem.

Initially the crusaders had intended to take back Jerusalem via Egypt however for whatever reason these plans were changed and the crusaders of western Europe decided to invade the city of Constantinople instead which at that time was the capital of the Byzantine Empire, these peoples were on the same side as the crusaders before this attack.

The crusaders were not able to hold this territory that they had captured for long due to its location and the resistance from surrounding countries.

Timeline of the Crusades with dates of seventh Crusade

The end of the Crusades

The fourth Crusade weakened the crusaders armies and led to their eventual decline, morale was low and this led to the collapse of any serious attempts by the crusaders to capture the Holy Lands again during medieval times. Other Crusades followed but they were not deemed as historically important as the first four Crusades.

The Muslim armies continued to defeat the crusaders and they managed to win back Acre in 1291 which was the last Crusader held city and the medieval period of the crusades came to a complete end.

Learn More about Crusades at wikipedia

The Crusades: The Authoritative History of the War for the Holy Land Paperback – March 8, 2011