Discover how Siege Towers (Belfry) were used by besieging armies during a medieval Castle Siege.  Learn about Belfry Siege Towers’ workings and how they were used in Warfare! 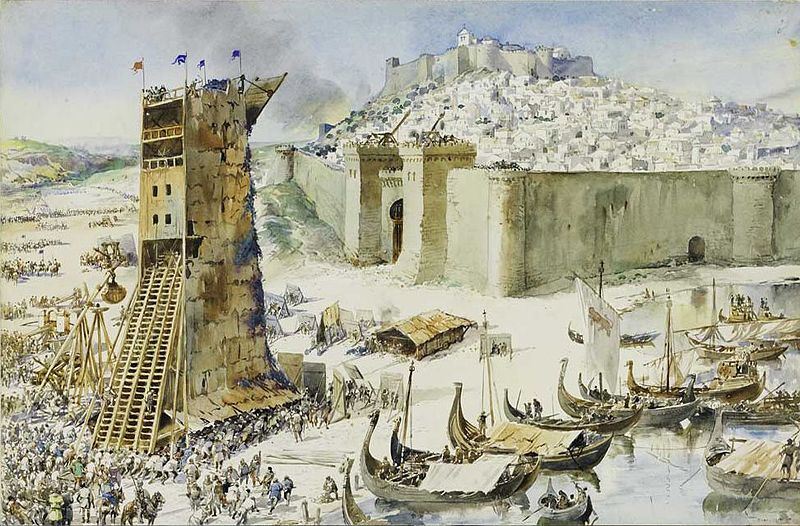 Unlike other sophisticated medieval siege weapons, the siege towers were mostly constructed at the site of the siege. Siege towers were extensively used during medieval times but their actual use can be traced back to the ancient times when they were used by Assyrians as far back as the 9th century BC. Subsequently, the siege towers were also used by ancient Greeks and Romans as well as in ancient China. However, the use of siege towers became widespread during medieval times because of raging battles all over the continent. The siege tower can be broadly defined as a specialised kind of siege engine whose main purpose is to protect the attacking soldiers and provide them a passage to breach the castle walls. The siege tower would be brought close to the castle walls and soldiers inside the tower would try to climb the wall. This, however, was not easy because of the stiff resistance from the defending army.

How was a Siege Towers Used

A siege tower mostly had a rectangular shape with four wheels for easy transportation. The height could be either equal to the castle walls or slightly higher so that archers could stand on the tower and shoot arrows into the fortification. 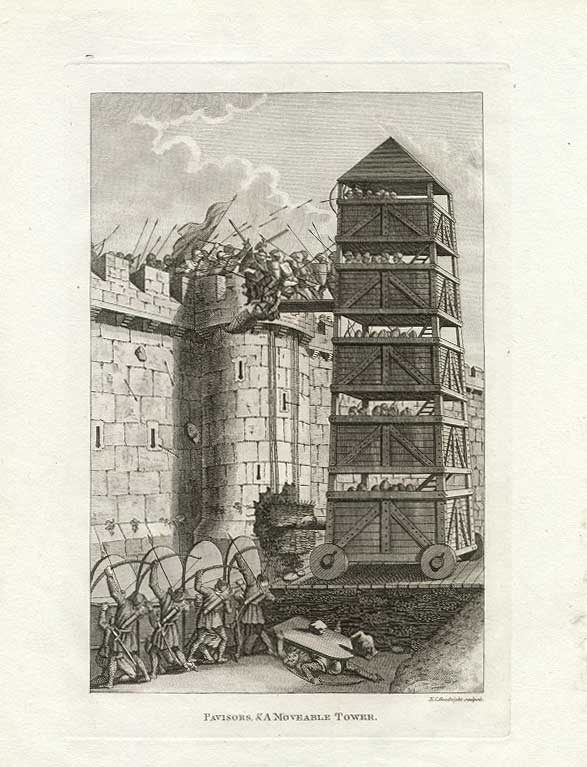 Siege towers were made of wood and were thus inflammable. Due to this reason, they were often covered with animal skin or some kind of metal plate. 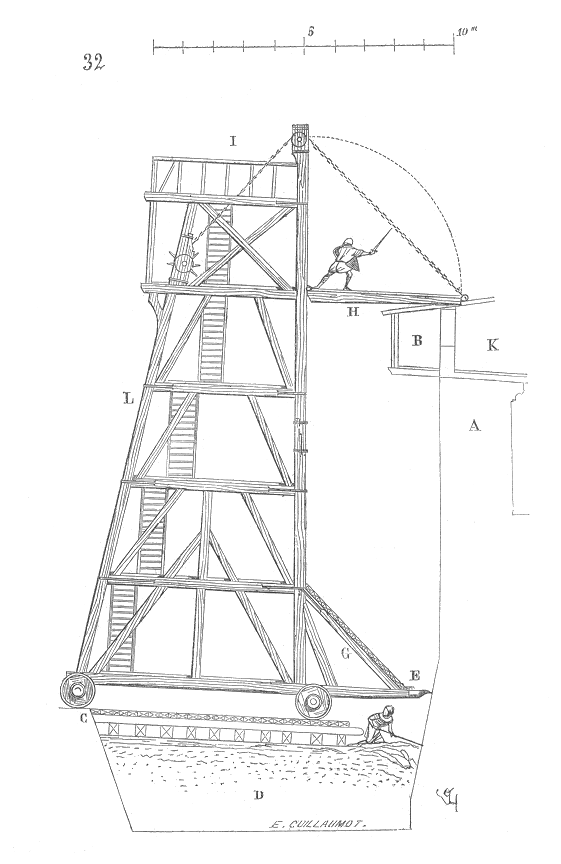 The soldiers could then dash across the wooden platform onto the battlements and walkways of the castle walls, however, this wasn’t so easy as defending soldiers were always ready and waiting to kill them. Mechanism of a Siege Tower

A Siege tower was among those rare medieval siege weapons that were constructed on the site of the siege. They could house soldiers of all sorts including crossbowmen, swordsmen, pike men, and others.

The actual mechanism was just to push the tower, which moved on its wheels, and brings it as close to the castle walls as possible so that the soldiers inside the tower could climb the castle walls.

Siege Towers During a Siege

Siege towers were extensively used as medieval siege weapons. In the ancient world, the example of the biggest siege towers used in battle is found in 305 BC when siege towers as high as 135 feet were used in the siege of Rhodes.

This siege tower was divided into nine stories and was manned by 200 soldiers. Siege towers could be moved to the most vulnerable location along the castle walls and operated from there. Larger siege towers usually also required rack and pinion to move effectively.

Siege towers were among the most effective and extensively used medieval siege weapons. These towers, unlike most other siege weapons such as catapults, were mostly made on the site of the siege and could be constructed into various sizes.