The trebuchet was one of the most popular of these weapons, and it’s easy to see why: it was easy to build, versatile, and deadly against any enemy, even the strongest stone fortifications.

It’s no wonder that the trebuchet made appearances in some of the fiercest battles ever fought in history, from Crécy to Belgrade and beyond. 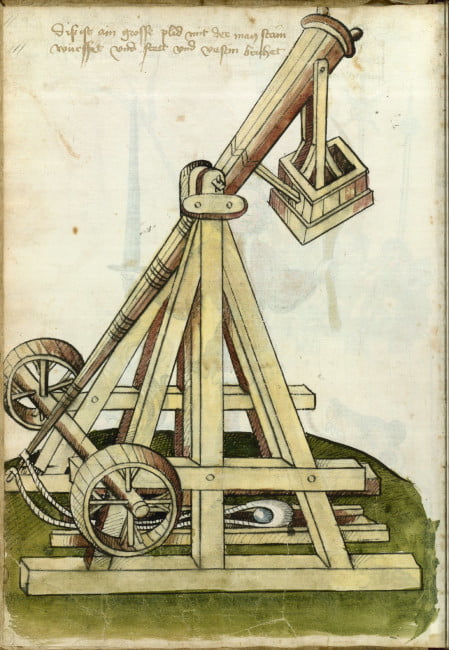 Siege engines are weapons meant for attacking fortifications like castles and other defensive structures during warfare. They were first used around 800 BC by Assyrians.

A trebuchet is a type of catapult that is used to hurl projectiles at castle walls. The design of a trebuchet’s mechanism is similar to that of the catapult, but it has an extra upright beam called a trebuchet counterweight.

This counterweight balances and adds force to the projectile, using gravity to increase its range. The basic principle behind both machines is the same, using weights or springs to store potential energy and release it as kinetic energy in order to propel or otherwise launch some object. 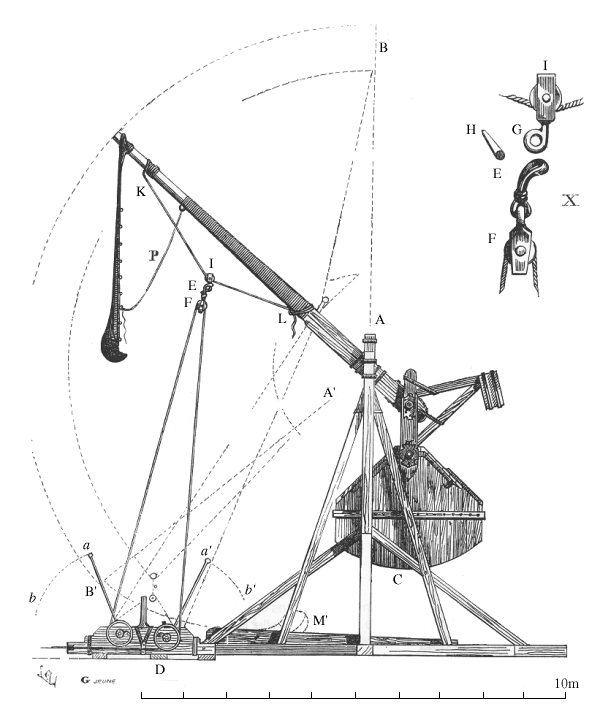 One of the most destructive medieval siege weapons was the ballista. It was a large crossbow that could shoot bolts at enemy soldiers or city walls. Bolts were fired with enormous force, sometimes shooting up to half a mile away!

The ballista had a range of 200 yards, and it could fire 10 bolts in one minute. The ballista required an operator to stand on top of it while loading and firing it, which made them easy targets for opposing soldiers. 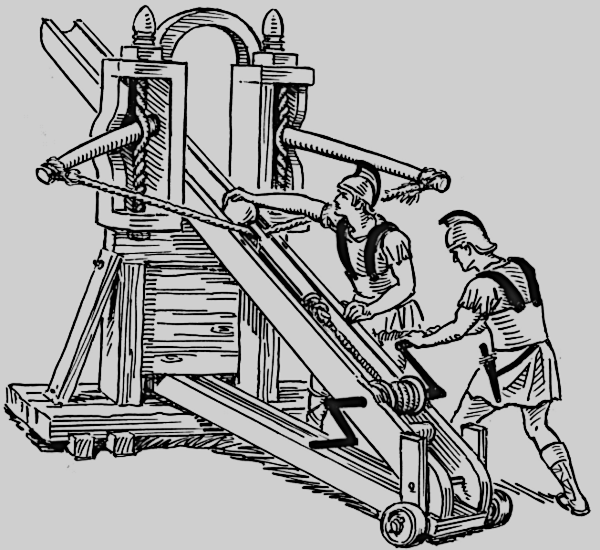 In Siege warfare, an onager was a siege engine used in medieval times. It was used to sling stones and other heavy objects at fortifications in order to damage the walls. The word onager means wild ass in Latin, and is derived from the animal’s famed ability to kick with its hind legs only.

This is also why the onagers torsion springs are called wild-ass ropes. The onager consisted of a single-arm lever that threw heavy stones horizontally at targets (usually walls) with an adjustable trajectory.

Onagers, like trebuchets, could be made out of wood or metal frame and operated by one man; however onagers were easier to build than trebuchets because they were so simple in design. 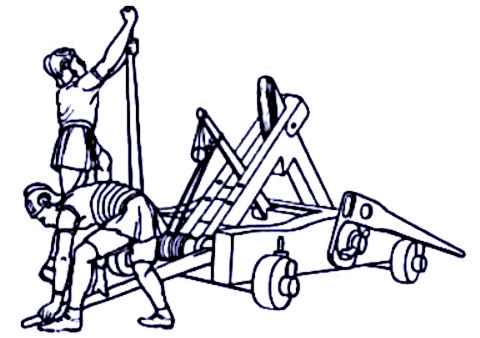 A Mangonel is a siege engine that was used in medieval times to launch stones, debris, or anything else that it might be destructive to castle walls or defensive positions. It was also often used as a countermeasure against the defending forces attempting to shoot arrows and other projectiles at the attackers.

The Mangonel is capable of flinging heavy projectiles a great distance and these heavy objects could wreak havoc on an enemy’s defenses. Mangonels were also commonly used at the top of castles walls in the defense of a castle. 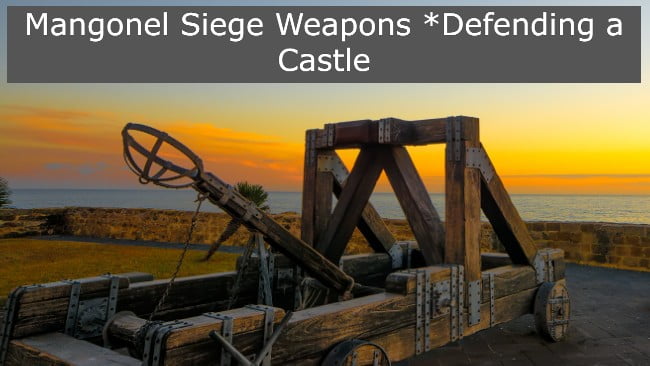 A battering ram is a medieval siege weapon that was used to break down doors and gates. The battering ram consisted of a long, heavy log suspended from the end of an arm, with an iron head at the other end.

The arm would be swung back and forth to force the ram against the door or gate. A typical battering ram’s head might measure 3 feet across and weigh as much as 7 tons. 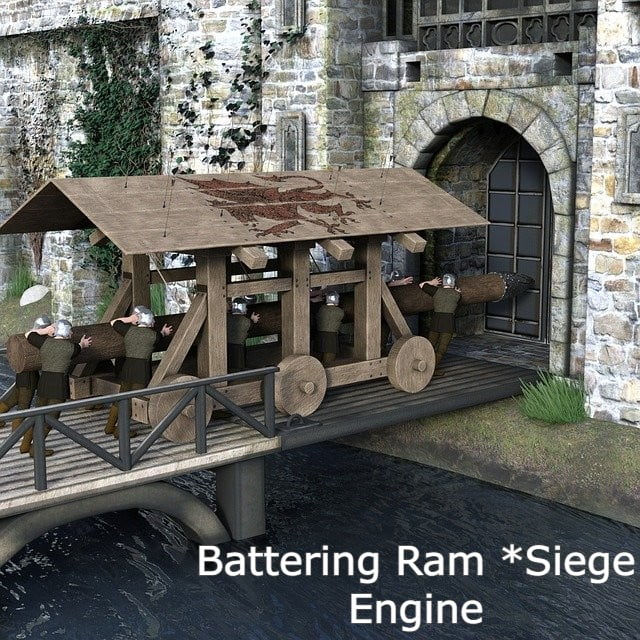