History of the Medieval Jester

During medieval times, a jester was an entertainer who would generally perform funny tricks or act in a way to entertain the people.

It was common for the royal courts and nobility to employ jesters, although a  jester was not just restricted to nobility but also performed for the common people. There were also traveling jesters who had their luggage with them and performed wherever they went. The Court Jester was Paid Handsomely

However, when performing in public, he had to live by whatever little he earned. The profession of a jester was generally reserved for men but interestingly, a few women also became “jestresses”. One such woman was Mathurine la Folle who was employed by the French court. Daily Life of a Jester

The daily life routine of a jester varied from time to time. It largely depended on the whims of the king and his employers. He could be called anytime for jokes, riddles, acting, or anything else. If not called for these things, a medieval jester at court would simply be free and have time to practice his performances. A jester who was not employed by the court would spend part of his life traveling and his daily routine varied from place to place. He would perform his acting and plays whenever the opportunity arose in cities, towns, and villages.

The most important duty of a jester was, of course, to bring a smile to the face of the king of his employers. Due to this reason, kings usually called their jesters when they felt downcast. This can be seen in Shakespeare’s King Lear where the King preferred the company of his jester while brooding alone in the woods. Sometimes a medieval jester was also consulted by the royal court before going to war. This, for instance, was done by the Duke of Austria in 1386 before attacking the Swiss.

The main role of a jester was to entertain the king. Thus the jester would be called when the king would feel sad or in need of entertainment. Sometimes, however, a medieval jester could also lose his job if he went too far with his jokes. 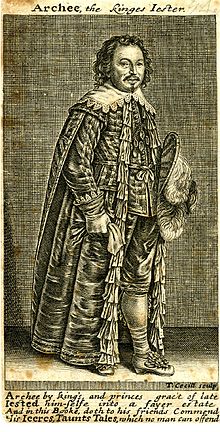 This happened with a famous medieval jester called Archibald Armstrong who was employed in the court of King James VI of Scotland. He ended up insulting too many influential people and thus losing his job.

Other than simply telling jokes, a medieval jester performed a variety of tricks. Sometimes he would indulge in storytelling or sing songs. Other times he would entertain the audience with acrobatics, juggling, or magical tricks. What remained constant during all these performances of a medieval jester was the element of humor in the room. A jester was common in the royal courts of medieval times. Kings employed them to entertain the court and tell jokes when they felt sad. A  jester enjoyed a greater degree of freedom of speech than most other people and could make fun of even influential people. However, if he went too far with this, he could also lose his job or worse!