William the Conqueror, also known as William the Bastard, was the first king of Norman England. He was the Duke of Normandy who conquered England in 1066 and then ruled the country from that time till his death in 1087.

His ancestors were Viking raiders and he himself had become the Duke of Normandy in 1035. However, his rule of Normandy was not smooth and he had to deal with a lot of uprisings to finally establish his rule by 1060.

After that, he embarked upon the mission of conquering England which he did in 1066, although he continued to face resistance and rebellion till his death in 1087.

William the Conqueror became the Duke of Normandy in 1035 at the young age of just seven. He was the sole heir of Robert I, the Duke of Normandy. As a young Duke, he had to deal with rebellion in Normandy but he managed to establish his rule by 1060. In 1066 he launched his attack on England against King Harold Godwinson.

King Harold was killed in the Battle of Hastings and thenceforth William marched on London as the victor. In 1072, he launched his attack on Scotland and conquered it without any serious trouble.

But the king continued to face stiff resistance in England for the rest of his life, although he made sure with changes in the administration and nobility that the throne would remain secure for his descendants.

William the Conqueror is so known simply because he was the one who conquered England. He is sometimes also referred to as ‘William the Bastard‘ which is because of the fact that he was the illegitimate son of his father. 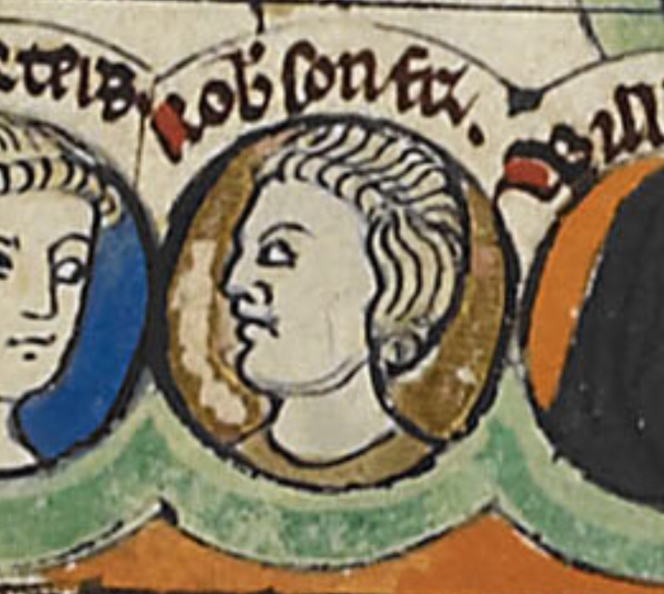 He was the son of unmarried Robert I from Robert’s mistress named Hervela, who was the daughter of Fulbert of Falaise. Due to his illegitimate status, he faced some problems after he ascended to the throne, but he was eventually able to quash all resistance against him in Normandy.

One of Hervela’s brothers named Walter acted as the guardian and protector of William the Conqueror after the death of the latter’s father.

The first major task of William the Conqueror after he ascended the throne of Normandy was to deal with the uprisings that followed the death of his father. By 1947, he was able to definitively put down the resistance in the Battle of Val-es-Dunes with the help of the King of France, Henry I.

Subsequently, however, Henry turned against William the Conqueror but he was defeated by William in the Battle of Varaville. This consolidated William’s rule over Normandy and he set his ambitions on England.

He attacked England in 1066 and defeated the local forces in the Battle of Fulford. Eventually, he killed King Harold in the Battle of Hastings and completed his conquest of England, even though he was to face local resistance for the rest of his life.

During the reign of William the Conqueror in England, various important changes were seen in administration and feudalism. As part of consolidating his rule over the country, he appointed his chosen people to key positions of administration.

Additionally, he also revoked the rights and lands of previous nobles which he thought were a threat to his rule, and instead gave the lands and authority to his faithful nobles. He also built many castles, keeps, and mottes throughout England to secure his rule.

Most of the Anglo-Saxon nobility was replaced by Norman nobility as part of the new Kingdom. Thus, William, the Conqueror brought about critical changes in the administration and system of feudalism in the newly conquered England.

The Norman conquest of England closed one chapter of England’s history and started another chapter. Henceforth, England was to remain under the rule of William the Conqueror’s descendants.

William the Conqueror, also known as William I subsequently, had two sons named Henry I and William II. William II became the King of England after the death of his father in 1087 and remained so till 1100.

The family tree of William the Conqueror is then followed by various other kings including Henry II, John, Richard I, Henry III, Edward I, Edward II, Edward II, and all the way to the present day Queen of England, Elizabeth II.

King Henry ll was a revered King in the Plantagenet period

William the Conqueror established a string of castles all over England after his conquest of the country in order to consolidate his rule.

These castles had important economic, strategic, and military importance and therefore their location was chosen for the same purposes. The first castle he built in England was Hastings Castle the purpose of which was to protect his supply routes.

Various other castles were eventually built in important towns and cities of England including Cambridge, Lincoln, York, Warwick, and others. Although existing walls and fortifications were used to build these castles, nonetheless hundreds of houses were demolished at various places to make space for the new castles.

William the Conqueror died on September 9, 1087, in Rouen, France. At the time of his death, he was fifty-nine years old and was the ruler of both England and Normandy, ruling them for twenty-one and thirty-one years respectively.

According to the accepted account, the king fell ill from exhaustion and heat during his capture of the French town of Mantes. Thus after the battle, he retreated to his French capital of Rouen and this was where he finally died. He was buried in the Abbaye-aux-Hommes in Caen.

Like every other king, there are some facts that distinguish William the Conqueror. He was of Viking origins and his ancestor named Rollo had conquered the territory of Normandy in the 9th and early 10th centuries.

He was particularly sensitive about the honor of his mother and so when the residents of Alencon mocked the occupation of his mother’s father by hanging animal hides on their walls, he had their hands and feet cut off.

Learn more about William the Conqueror at Wikipedia

William the Conqueror (The English Monarchs Series) Paperback – 1 May 2018