In the early phase of the Reconquista, the effort comprised of resisting the advance or establishment of the Moorish rule. A notable Reconquista ruler of this period was Pelagius who mustered the first major victory against the Moorish armies.

Among notable subsequent Reconquista rulers were Ferdinand II of Aragon and Isabella I of Castile who concluded the Reconquista in 1492.

Although not a ruler Charles Martel was one of the most important people in the history of the Reconquista period and he deserves an honorary mention in this rulers section as he was a military leader, a Frankish statesman, and a de facto ruler of Francia from 718. It was under Charles Martels’ leadership that one of the most if not the most important battle was won in the battle of Tours or Poitiers, if Charles Mantel had not gone on to win this battle it is probable that the Muslim Moors would have gone on to take over Europe and this would have changed the course of history.

Pelagius was originally a Visigoth nobleman who rebelled against the Moorish rule in the north Iberian region of Asturias. A sizable Moorish army was sent to put down the rebellion. Pelagius and his followers retreated into a narrow valley at Covadonga.

In the ensuing Battle of Covadonga which took place in 722, Pelagius was able to rout the Moorish army with his small band of followers. He then went on to lay the foundations of the Kingdom of Asturias which he ruled until his death in 737.

Pelagius was among the most significant Reconquista rulers during the early period of Moorish Iberia because he was the first to decisively defeat a Moorish army.

Ramiro II of Leon was the King of Leon from 931 until 951. Ramiro was one of the most influential rulers of the Kingdom of Leon and firmly established his reign on strong foundations while also annexing a number of new territories to his kingdom.

He expanded Leon’s territories southwards at the expense of the Moors. In doing so, he clinched a major victory against the Andalusian forces at the Battle of Simancas in 939. He later launched a successful campaign against Moorish rulers in the valley of the Edge and defeated them in the ensuing engagement.

Ferdinand II of Aragon was another important Reconquista ruler. He ruled over most of Iberia during the last leg of the Reconquista campaign. He was the King of Sicily from 1468 to 1516 and during his reign, he annexed Naples to Sicily, also assuming the title of the King of Naples. He was also the King of Aragon from 1479 onwards. He led the final assault against the last stronghold of Moors, the Emirate of Granada, in 1492. By annexing Granada to his territories, he finally concluded the Reconquista campaign and permanently ended Moorish rule from Iberia.

Isabella I of Castile

Isabella I was the Queen of Castile and one of the most influential rulers during the final period of Reconquista. She married Ferdinand II in 1471 and became a co-monarch with him. She played a vital role in persuading Ferdinand and other Christian powers in Iberia to annex the final stronghold of Moors in the south. 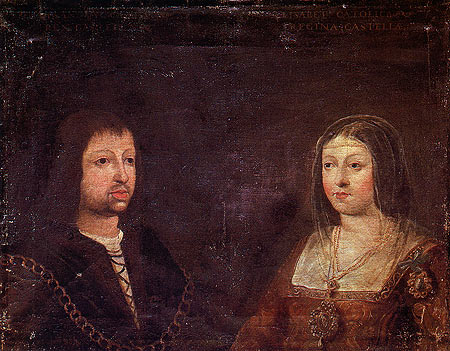 Ferdinand II of Aragon *Isabella I Queen of Castile