Medieval Scotland began as a patchwork of different settlements and kingdoms left in the wake of the Roman Empire's departure from British Isles in the 5th century. During the medieval ages, the consolidation of the society continued so that the different tribes in Scotland were eventually assimilated into a single cultural identity from 9th century onwards.

Gaelic culture remained prevalent in Scottish society through most of the medieval period and towards the High Middle Ages, the nobility became partial towards Norman-French cultural influences. A richly agrarian society, Scots traded with Continental Europe but trade contributed little to the economy of the Scottish society. Early castles in Scotland began to be built around the 12th century. Read more about the Famous Scottish Castles >> In the early medieval period, Scotland was divided under the control of different tribes, Picts and Scots being among the most notable of these. When the Romans left in the 5th century, these tribes were initially pitted against each other for land and power. This changed in the 8th century when Viking raids on the region began and by the 9th century, vast regions in the northeast were lost to the Norsemen. The Picts who were the first to face the onslaught of the Vikings rapidly adopted the Gaelic culture during this period. Scotland in the High Middle Ages

In the 10th century, the consolidation of power in the Kingdom of Alba continued. The kingdom saw powerful rulers in the early 10th century but the latter part of the century was marred by intrigues and struggles for power. In the 11th century, the kingdom was pitted against the Norman invaders under William the Conqueror who had already taken over England from the Anglo-Saxons. William led a military expedition deep into Scotland and the reigning Scot king submitted to his authority. In the 12th century, Scotland came under the rule of David I who began a process of incorporating English and French cultural elements into Scotland. This included a proper feudal system, a knightly class, a royal court, castles, a large body of ready cavalry, and the establishment of royal burghs. These reforms ushered in a new age for medieval Scotland.

Scotland in the Late Medieval Period

Scotland in the late medieval period was marked by the wars of independence in which the Scots fought against the English incursions. English influence in Scotland resurged in the late 13th century when Edward I arbitrated a succession dispute. Following the arbitration, Edward frequently undermined the royal authority in Scotland and ultimately invaded Scotland in 1296.

What followed were wars of Scottish independence which took place in the first half of the 13th century and effectively ended English control over Scottish territories, restoring complete independence to the Scots. 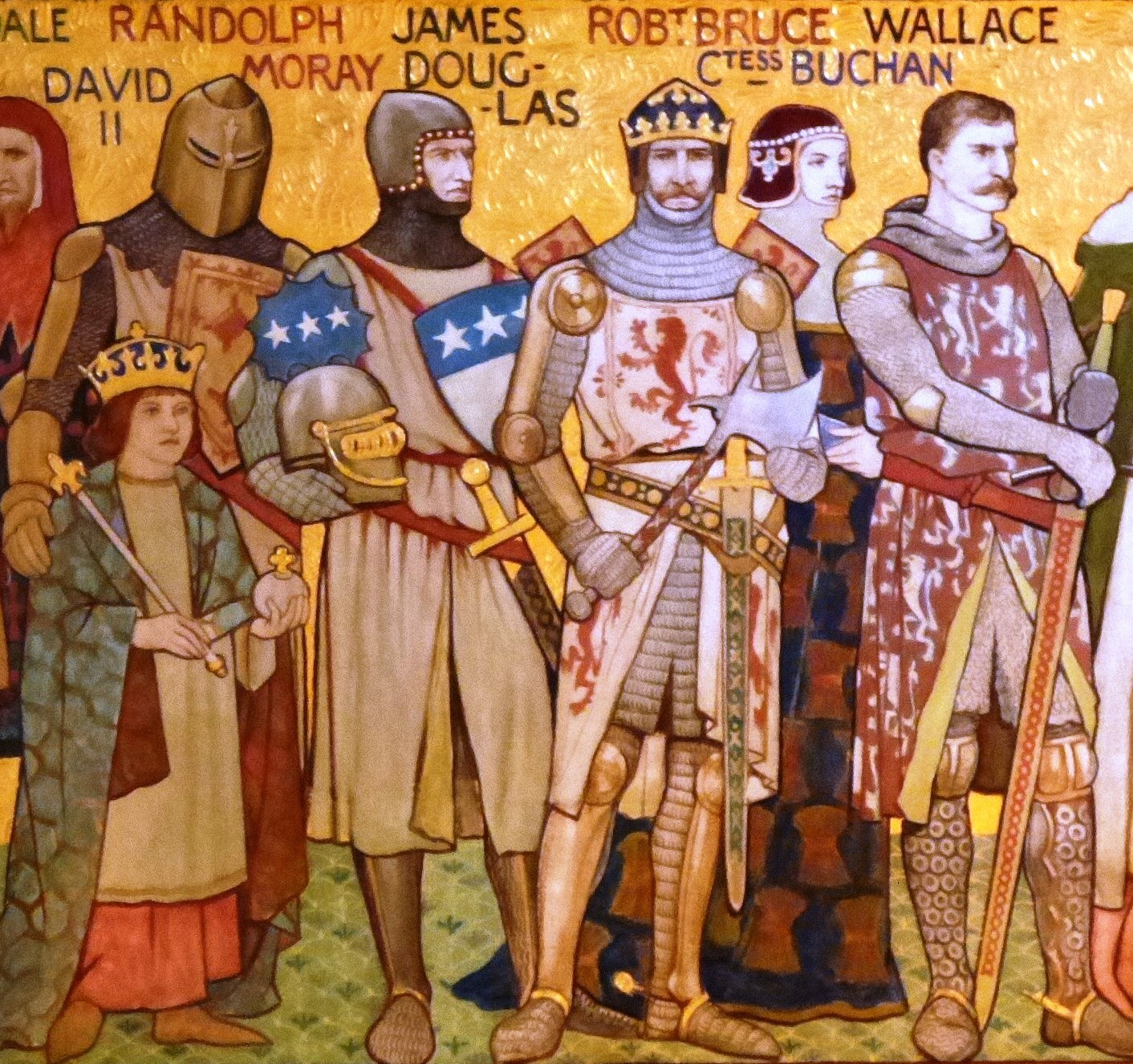 At the beginning of the medieval period, Christianity reached Scotland through a number of missions. These missions were successful in converting most of Scotland between the 5th and 8th centuries, eventually laying the basis of many monastic institutions in the region. However, until the 10th century, Scottish Christianity had many distinct Gaelic influences which stood it apart from Roman Christianity.

From the 10th century onwards, the Pope held the supreme religious authority in Scotland. Unlike England, the churches and other ecclesiastical institutions remained firmly attached to the authorities in Rome well until the late medieval period. The Scottish economy in the medieval period relied mainly on agrarian land and on the coastline trade and fishing. The land was typically owned jointly by families and farmed likewise, with the agrarian and livestock outputs frequently used to practice barter trade with others. The economy remained firmly dependent on agriculture throughout the medieval period and little to no urban towns existed in Scotland well until the 12th century. Although Scots engaged in trade with Continental Europe by the late medieval period, trade formed a small portion of the overall Scottish economy.

During the early medieval period, kinship helped create family-based social units. The society itself was divided into a warrior aristocracy, a class of freemen who could own land and fight for the nobility, and a sizable class of slaves who had little rights. This stratification underwent several changes through the course of the medieval period. Towards the High Middle Ages, feudalism became prevalent in Scotland and a baronial class, knights, and small landowners like husbandmen formed the bulk of society. The growth of urban towns in the late medieval period led to yet further evolution of the society with new classes such as craftsmen and merchants rising in the cities.

Literary and education were first encouraged in medieval Scotland by the church. Church literature made Latin the language of learning during the early medieval period. Monasteries overlooked a handful of schools where education in a number of arts and sciences was imparted, usually only to the elite or those looking to join the monastic orders. Towards the High Middle Ages, the establishment of song schools and grammar schools in new burghs opened the opportunities for education to a larger portion of the society. By the 15th century, all young males from baronial and major free-holding families were required to attain an education.

Bards were a popular phenomenon in medieval Scotland, singing poetry by using simple instruments such as the harp. By the 12th century, Scots used a number of other instruments in making music as well, such as the tympanum, cithara, and chorus elements in sacred music. In the 15th century, English influences also significantly impacted Scottish music. Around the same time, influences from other parts of Europe such as the Netherlands also informed the Scottish compositions.

Music and musicians were patronized by successive Scottish monarchs with James IV establishing a large musical choir in 1501.

Scottish History: A Captivating Guide to the History of Scotland Paperback – October 16, 2018

Scotland’s Merlin: A Medieval Legend and its Dark Age Origins None Edition

Learn about Medieval Scotland at Wikipedia