4 of the Best Medieval Towns in France

Some of the best-preserved medieval towns in France are Colmar, Obernai, Eguisheim and Selestat Read more about the 4 of the Best Medieval Towns in France >>


The name “France" was derived from tribes called the Franks. Clovis, a 15 year old boy from the Frankish tribe was appointed leader. He eventually killed the members of this family to rid himself of rivals and united other tribes under his rule.

When the ruler of the Frankish tribe named Clovis died, the kingdom was divided into four smaller tribes ruled by his sons. Life in early medieval France was not sophisticated.

The tribe who lived in France during the early medieval period, were not very organized. Most of these men were hunters and trappers. The word France is derived from the Latin word “Francia". It means land of the Franks or Frank land.

Feudalism flourished in medieval Europe in the 9th to 15th centuries. A system of legal, military, and social customs defining the relationship of holding land in lieu of services or labour. Feudalism was the result of the decentralization of the Carolingian Empire.

As a result, soldiers secured a system to rule over their lands with powers encompassing the judicial, political, economic, and social domains.

Charles the Great of France, also known as Charlemagne, was one of the greatest rulers of Medieval France. France was then divided into regions referred to as counts and his dynasty included a great section of the central part of Europe.

One of the most important dynasties was the Carolingian dynasty, which included the greater section of central Europe as well as northern and central Italy.

Charlemagne’s system of government divided the realm into regions, which were ruled by local “counts". Charlemagne also introduced a law-making education compulsory for children because he wanted every child to become good Christians as faith played a vital role in the development of the country.

By the middle of the 8th century, the Merovingian dynasty was overthrown. The king was a very important figure. He was not only considered a warlord, but he was also a religious figure and the people were his chosen subjects as a Christian leader. These roles in leadership sprung from a mixture of politics, religion, and culture. 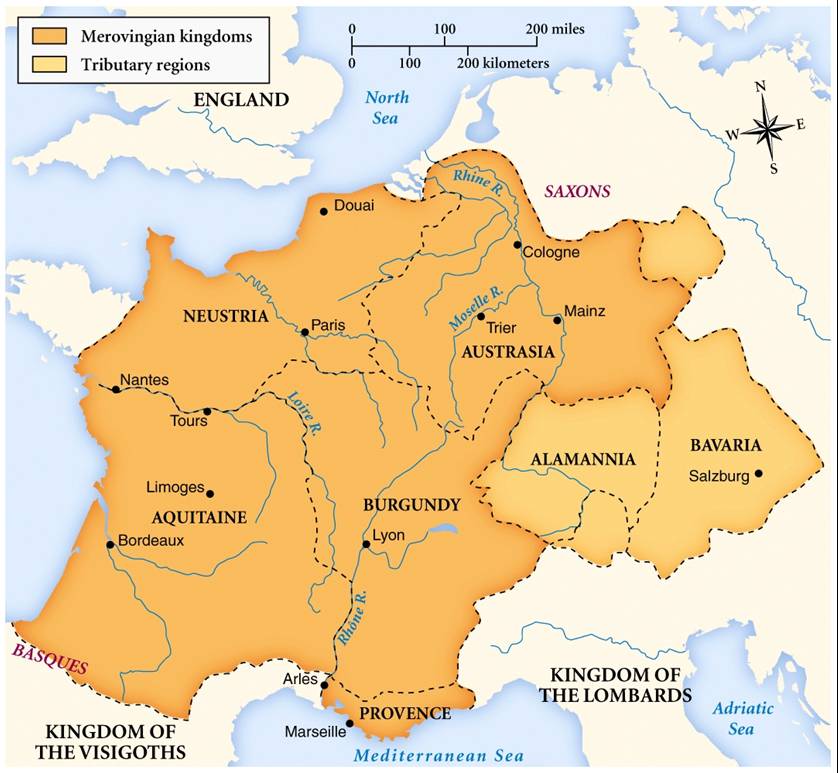 In the 12th and 13th centuries, French culture, authority, and power were passed on from rural centers to the cities where the royal court was. Paris had become an artistic and commercial hub as well as an administrative and judicial center for the realm. The people in France lived through the motto “One King, One Faith". This so-called religion of royalty was introduced and spread through religious ceremonies and symbols.

How Rich and Powerful was Medieval France

The French Kings derived most of their power, honor, and respect from religion, particularly from written works about Christianity embellished with illuminations.

However, the Huguenots and the revolutionaries tried to destroy them in the 16th and 18th centuries respectively. By eradicating the power of the church and monarch and by eliminating these traces of religious power and influence of the church over the people, they believed that they can regain power.

A Château is the French equivalent of an English manor house. It was where the French Lords and their families lived in medieval France. Although it was used to describe a castle, it was not used in the same way as most castles during the medieval period. In English French Chapeau’s, they were more commonly referred to as palaces or country houses rather than castles.

France was known to some as the Country of Castles, primarily because there were so many castles in France. Historical scholars believed that castles in France had generally strong beginnings.

The first castles were known as donjons. These early castles were towers that had a very simple design. They were referred to as such since these towers gave them the advantage over invaders and attackers.

Throughout the course of the medieval period, castles slowly appeared with many built-in France Normandy. These medieval castles were much bigger and stronger than the donjons.

Charlemagne known as Charles the Great or Charles I

Charlemagne known as Charles the Great or Charles I, was one of the most famous French kings. He united most parts of Western Europe and laid a great foundation for modern France and Germany.

Louis the Pious was known as a Fair and the Debonair king. He was the king of France and the co-emperor of the Holy Roman Empire, together with his father Charlemagne.

Louis XVI was King of France from 1774 to 1791. He attempted to reform France by making the rich pay higher taxes. However, he was vetoed by the aristocrats and failed in ending the division.

Louis XVI was executed in 1791 during the French revolution. Marie Antoinette was the wife of King Louis XVI. She was known to be the icon of Royal decadence and profligacy. She was beheaded during the French Revolution for charges of treason.

French Knights had been a great part of the French aristocracy. The French knights founded and ruled the Crusader states. Bertrand du Guesclin was named the greatest French knight of his time. He defended Rennes against England and raised the morale of the people of France. This attracted the king’s attention so much that the king sent him to battle with Charles II of Navarre whom he also defeated.

During the 12 century, the earliest records of music in France were polyphonic organum. Secular music in France during the medieval period was also highly dominated by troubadours and Trouvères, the known poets and musicians of the middle ages. They created music in several forms such as the ballad and lai. However, the most famous was Adam de la Halle.

Notre Dame in Paris, France was one of the schools for polyphonic organum. This style flourished in the country especially at Notre Dame Cathedral from 1170 to 1250. However, as far as medieval French music was concerned, the only composers of note whose works have survived to the present are Leonin and Perotin, who were believed to have written the famous Magnus Liber.

Banquets were great opportunities to entertain guests in style, especially during the French medieval period. French foods and feasts were lavishly prepared. French cuisine was also mostly made from the meat of peacocks, herons, and swans.

Other exotic spices from far-away lands and farms such as saffron, cumin, ginger, nutmeg, and cinnamon also made it to the list of top ingredients in preparing French food. This kind of food preparation was very common among aristocrats of medieval France. It reflected the hosts’ wealth and influence, as well as their connections with other aristocrats and wealthy families from other realms.

Clothing and fashion in the medieval period were always dictated by the feudal system. It reflected the status of the person. Among the nations in Europe during the middle ages, there was a common standard of fashion.

This only varied according to the customs and culture of the country, as well as their race. It has also changed over time. However, medieval French clothing was considered capricious. At some point in the medieval period, it became fickle and unpredictable. It changed from every quarter of any style of clothing as well as fashion.

French medieval Peasants lived in villages. In these villages almost 10-60 families were peasants. Peasants lived in dark huts that were made of wood or wicker. French Peasants worked to support their Lords and they gave almost half of their time to working in the fields, tending to farm animals, cutting timber, and doing other manual labor.

France also had several slave colonies in the Caribbean and the biggest was in Saint Domingue which was later known as Haiti. There were approximately five hundred thousand slaves in 1789 and they provided labor for crops and others.

Feudalism was used by the Normans in France from the time they first settled in the region and it was a simple and effective system of control.

All the lands were owned by the King and some were given to the church while the rest were leased out to Barons and Lords under the strict agreement that they will provide services to the king in exchange for the lands leased out to them. A quarter of the land was kept by the King as his personal property and he has complete control over the system.

When the Roman Empire collapsed, France was entirely unlinked to the European economy. There was a great decline in trade and manors became more self-sufficient than progressive. During the 13th century, catastrophes and famines plagued the French people.

The economy of France during the early Renaissance period was marked by growth and developments in agriculture. France was the most populated country in Europe and the most populous in the world until 1795.

In the 18th century, Paris became world-famous becoming the capital for trade and consumerism. Paris also had social priority and economic force. Upscale arcades, luxury shops, and department stores were built around the city and France set the standards for the world’s consumption of fine products.