These types of castle defences were commonly used in medieval France although they were used later in England on various castles such as Conwy Castle in Wales. The French also used Castle Machicolations over the Gateways mainly to protect the entrance area of the Castle. Castle Machiolations were only added to medieval castles in the later medieval periods from around the 11th century in the period when the Normans had conquered England. Castle Machicolations were used on Norman and Plantagenet castles and made of stone, machicolations typically jutted out from the curtain wall of the castle wall, supported by decorative corbels. Castle Machicolations were openings in the floor between the corbels (Stone supports) of the castle’s battlement. The battlement was a small wall that was added for defensive purposes, medieval castle defenders could drop huge boulders, pour hot liquids, or literally anything that would maim and kill besieging soldiers. Castle Machiolations were added to various parts of a castle, usually in the areas that would be commonly attacked like the castle entrance. These areas were supported by the stone corbels.

Machicolations jutted out from the main castle wall so that the hole or gap would be directly over attacking soldiers below, in a siege or similar attack objects would be dropped that would badly injure or instantly kill the enemy below. Machicolations were usually constructed from stone, this made them strong, there was another earlier type of  Machicolation that was used in medieval times that was made of wood, this was called a “hoarding” this was quicker and easier to add to the castle and was probably used when the castle needed additional defences quickly but it was inferior to stone Machicolations as they were stronger, could take more weight and could not be burned. According to some historians, the gaps in machicolations were not technically the same as murder holes, but they served a similar purpose; heavy stones, boiling liquids such as tar, water, and molten lead could be aimed at besieging soldiers through them. In a Siege situation especially if it was drawn out affair dead and diseased bodies of animals and human excrement could also be thrown through the Machicolations holes.

Conwy Castle had Castle Machicolations added around the 12th century, these Castle machicolations can still be viewed today. 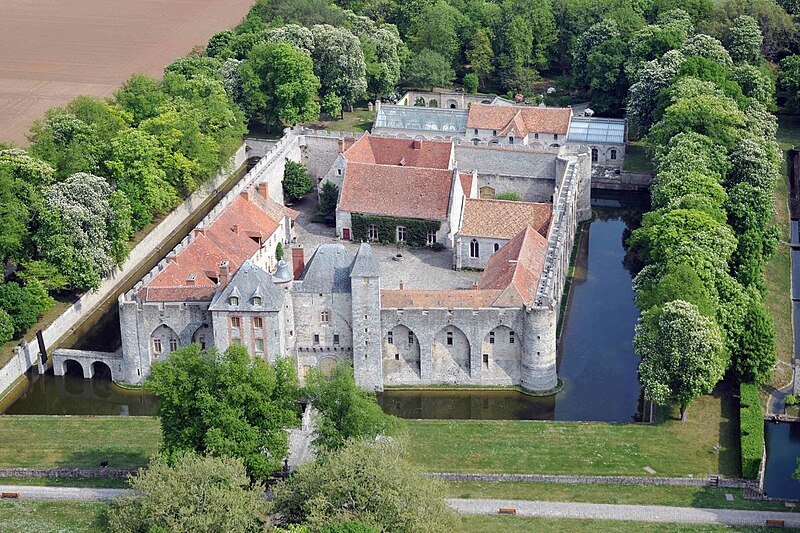 Machicolations and the murder holes they provided were perfect for the defence of vulnerable parts of a medieval castle, the early Machicolations were commonly made from wooden hoardings that protruded from the main castle walls, they became more permanent stone fixtures that were part of the castle design in later Plantagenet and Norman periods.