The Portcullis was usually very heavy and was held suspended in the air by a pulley and winch mechanism that was controlled on the first floor of the gatehouse by the castle guards. The portcullis was ready to be released at the first sign of danger. The castle Portcullis was particularly important when a medieval castle found itself under surprise attack as a barrier could quickly be put in place whilst the castle defences were organised. “The name Portcullis is French in origin and comes from the word porte coulissante which is a “sliding door”. Purpose of a Portcullis

The Portcullis was used to protect a castles entrance from attack and was usually positioned at the front of a castles gatehouse, it created yet another barrier to protect the people inside the castle from enemy attack. The Portcullis was always in a state of readiness, ready to be dropped from it’s suspended position by the castles gatehouse guards, this was very important when thwarting surprise enemy attacks. Materials used to make a Portcullis

Portcullis were made of heavy wood, to improve the design metal plating was added to the spiked ends and in later medieval times the whole of the portcullis was plated with metal.

How did a Portcullis Operate?

The Portcullis fortified the castle entrance and was winched into place by the gatehouse guards, the chains or ropes were pulled which raised the Portcullis along vertical grooves built into the stone at either side of the entrance. How Many Portcullis did a Castle have?

Castles could have any number of Portcullis, one, two, six, etc and this was dependent on the size of the castle and the era in which it was built. Highly complexed medieval castles like concentric castles that had an inner and outer wall usually had many Portcullis as they had several entrances. Typically a Castle would have a Portcullis at the main entrance and a secondary Portcullis further back. Where there was a gatehouse passageway the second Portcullis could be positioned quite a distance from the first Portcullis. Multiple Portcullis helped to give the castle’s entrance more protection from attack and they were also sometimes used in a tactical way, to trap enemy troops in gatehouse passageways for example.

Portcullis used as a Tactical Device Once the enemy soldiers were inside the gatehouse passageway the portcullis could be dropped, or both Portcullis could have been raised and dropped at the same time.

Whichever system was used the enemy was well and truly trapped inside and had no escape, from the hot liquids that were poured and heavy objects such as stones thrown at them. The enemy usually found themselves being fired upon by the castle’s crossbowmen from the gatehouse passages walls at the same time, there was little chance of surviving the onslaught.

Where can You See a Working Portcullis? 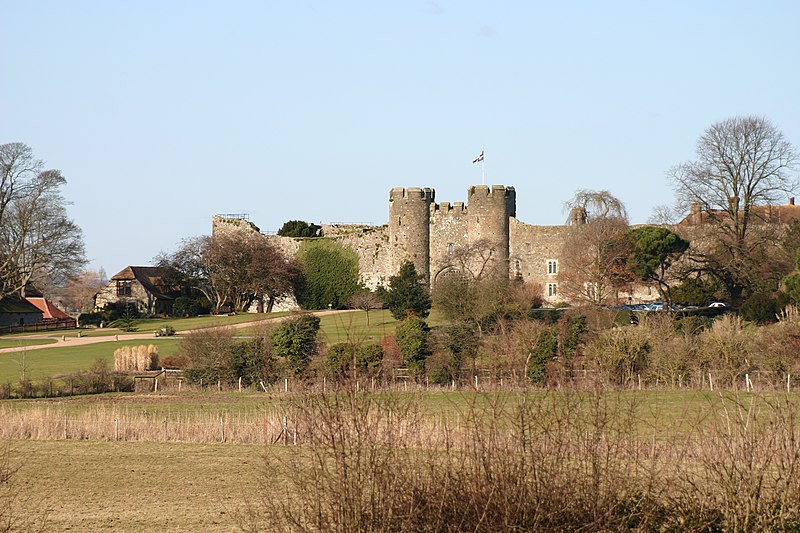