Medieval castles started making an appearance in Europe during the middle ages, specifically during the period around the 10th century.

The first castles appeared in England and France during the 10th and 11th century.

A Brief History of Bodiam Castle

Read more about the A Brief History of Bodiam Castle >>

Donnington castle is located in the English county of Berkshire, in the village of Donnington Read more about the Donnington Castle >>

Castles in England - 'Rowton Castle' Shrewsbury, Shropshire was built in the 17th Century Read more about the Rowton Castle >>

During the 10th century, a popular style of Castle called the ‘Motte and Bailey’ was introduced by the Normans who conquered England, they were very easy to build and usually could be built quickly without many skilled workers, making them a quick and easy solution.

The design was quite simple, a wooden keep was situated on top of a raised earthwork which was called a motte, this was surrounded by an enclosed courtyard which was protected by a ditch with a palisade. Later castle keeps were made of stone.

These early forms of Motte Bailey castles were adopted across Medieval Europe and lasted until around the 13th century when newer and better building techniques and fortifications were discovered.

During the first phase, a very large percent of the castles being built used the Motte and Bailey design due to its cheap, yet sturdy construction. The earliest forms of castles were built by royalty in strategic locations in order to protect key resources, towns, or roads.

The castles which were built to protect the towns were named urban castles and usually required houses to be destroyed within the town in order for the palisade to be placed properly.

741 motte and bailey castles were built in England and Wales during this period!

As time went on castles were divided by the purpose that they served and by the location, they were built. The Medieval Castles differed a lot from their earlier predecessors in their design, materials use, size, etc.

Castles later became residences for feudal lords which made the owner able to rule the surrounding lands while being secure behind thick stone walls.

Later in the Medieval period, stone castles and walls were built in order to effectively protect towns and cities from raids, attacks, and similar. As time went on the castles had to be militarized due to the increasing threat of wall breaching machines which were able to do their job very effectively.

Around the 16th century, castles did not serve their purpose of defense due to canons and the invention of gunpowder.

A lot of stone castles were destroyed during these times and from that point on castles were only built for residential purposes of royals and not defensive purposes.

Windsor Castle ‘the most romantic castle that is in the world’, according to the 17th-century diarist Samuel Pepys ‘is the one of the oldest royal residences still in use. For over 900 years, from its memorable hill-top site above the Thames Valley, it has been a potent symbol of the monarchy.

During the Middle Ages, a lot of castles were destroyed in raids or war. English castles were no exception. Since then there has been an effort to restore castles to their previous glory and fame and so far the percentage of successfully restored castles has been high.

In England, there are castles that are famous due to their design, history, importance, or similar factors. Most of the Important and grand castles were built during the Norman or Plantagenet periods of English history.

The most famous, largest, and oldest official royal residence in the world Is located in England, about 20 miles west of London.

Windsor Castle is more than 900 years old and over a million people visit it each year. 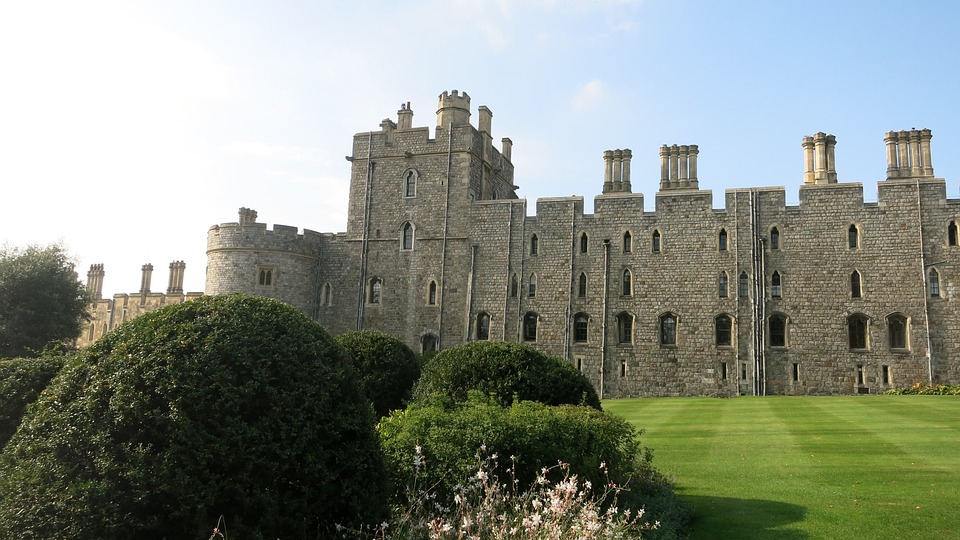 The Hampton Court is another famous castle located near London. A 1000-room palace that belonged to Henry the VIII and his 6 wives.

Famous for its gardens and the famous maze which manages to confuse visitors for more than 300 years.

The Tower of London is a structure that for over 1000 years has dominated the skyline of the city. The tower which has housed the royal family and their jewels receives 2 million visitors each year, all of them eager to witness the crown jewels which are on display.

People also visit this tower due to its dark past which was filled with torture, murder, and executions. Among the executed were three queens.

Warwick Castle is one of the grandest and best preserved medieval castles in all of England, it is a Norman castle that was built on the remains of a Roman Fort in 1068 on the orders of William the Conqueror.

Warwick Castles Stands Proudly on the River Avon in the beautiful county town of Warwickshire.